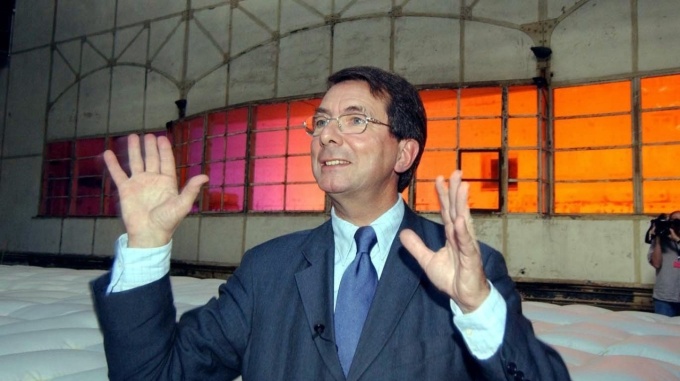 There are those in arts leadership, some highly effective, of whom one could say ’his project was himself’. Of course personal ambition can be a fine thing and in its swirling wake, great things may happen. Egos dominate in most high level activities; Gerard Mortier, who died yesterday, most certainly had ego. His project, however, was not himself. Gerard Mortier, tiny, dynamic, charismatic and irrepressibly outspoken, had a mission to carry – drag if necessary – opera into the present, and to force this ancient form to reinvent itself continuously.

Meeting him, which usually involved a long wait as he whirled along corridors on two cell phones at once gesticulating with spikey fingers, smiling, mouthing apologies, talking in an articulate stream, was like experiencing the shudder of a small electric storm. Mortier was always in the moment – even if his moment was not entirely the one that you, yourself were expecting. He did not answer questions. He simply and with great charm told you what happened to be in his head at the time – or possibly a sanitised version, as he was perpetually at war with some politician, administrator, city authority, director, artist or sponsor.

He appeared to be utterly fearless. In retrospect it seems extraordinary that he stayed so long in Salzburg, running a revered festival in an immensely stuffy city twinkling with Mozart kitsch and feathered felt hats, with snorting insults levelled at his head every day of his 11-year tenure. But he had already blazed through a series of distinguished directorships in the major German houses, and renovated Brussels´s La Monnaie where he incurred an eye-watering deficit. Post-Salzburg, he swerved off to the Ruhr – an ambience less like gemütlich Austria one cannot imagine – and directed a festival of largely site-specific new work amongst the derelict factories and coal-blackened communities. He led Opera de Paris (where a Norwegian syndicate including Stavanger2008 and the company which is now Bergen National Opera co-commissioned Georg Frederik Haas/Jon Fosse´s Melancholia), flirted briefly and disastrously with the now defunct New York City Opera, and held his last post at Teatro Real, Madrid. Typically, while practically on his deathbed, he interfered roundly and imperiously with the process to appoint his successor, insisting that Spain itself had no suitable candidates.

Much has been made of his last commission from Charles Wuorinen, Brokeback Mountain from Annie Proulx´s story – a work he had originally intended for New York. Wuorinen´s dense, uncompromising musical language is just the stuff of Mortier´s artistic prescription for the audience, though it roundly bewildered the conservative Castilians. He attended the premiere despite being gaunt with illness; press pictures show him animated as ever, waving the spikey fingers, insistent, fierce.

We the audience owe him for countless new operas. He may not have treated us well – Mortier´s audience were not handled gently as humans with individual tastes and interests, more as a mass of beings lacking in courage and imagination – but for sure he taught the doubters that opening one´s mind can be exhilarating. He knew that undoubted truth – ask an audience what it wants, and it will want more of what it knows. No surprise. Few of us want what we cannot imagine. But Mortier understood that if artistic leadership is ambivalent, confused about its own taste, it will bewilder the audience. Mortier was certain: we need the new, the provocative and the startling, even if sometimes it fails.

Composers, directors, singers, artists of all kinds owe him something irreplaceable: he asked them all to take risks, and in taking that leap, he encouraged them to grow, be curious, exceed their boundaries, often by quite astonishing margins.

I don´t suppose for one moment that Mortier thought he was brave, or even assumed that he was always right. About the latter his enemies no doubt would totally disagree. His mission was absolute, and one imagines that as his life faded, his mind was still racing with plans and arguments, speeches unmade and music unsung.

Mortier´s project is now our responsibility to continue. Opera has lost a warrior of regal status. Now the king is dead. Long live the princes he has birthed and robed in pioneering spirit.